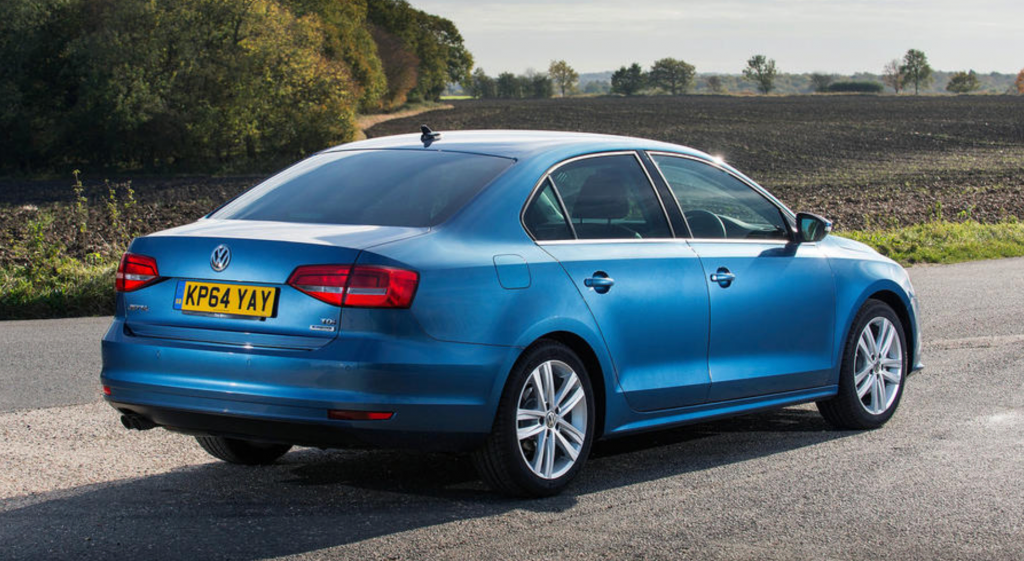 Volkswagen are renowned for making things difficult, and accessing a locked VW Jetta boot is no exception.  This article explains exactly what to do if you accidentally lock your VW Jetta keys in the boot and the doors are unlocked. If the doors are locked you are out of luck and will need to pay a locksmith to come and pick the door lock open.

It’s annoyingly easy to lock your keys inside the boot of VW Jetta. The reason this happens so often is down to the third button on a Jetta remote key that allows you to independently unlock the boot.  We receive phone calls on a daily basis from customers that have gone to the supermarket and accidentally locked their keys in the boot of their Jetta whilst loading the shopping.  It almost always happens the same way….the customer uses the third button which unlocks the boot ONLY….. they put their keys on top of the shopping, and then close the boot.  Guess what? It’s locked and so are the car doors.

VW Jetta’s do not have a boot lock on the tail of the boot, meaning there is no way to gain access from the outside by picking the lock. Even more annoyingly the boot release button will not work unless the ignition has been turned on with a programmed key that is accepted by the car.

There is however a way to gain access to the boot by dropping the back seats down.  This guide assumes the front and back doors are unlocked so you can gain access. 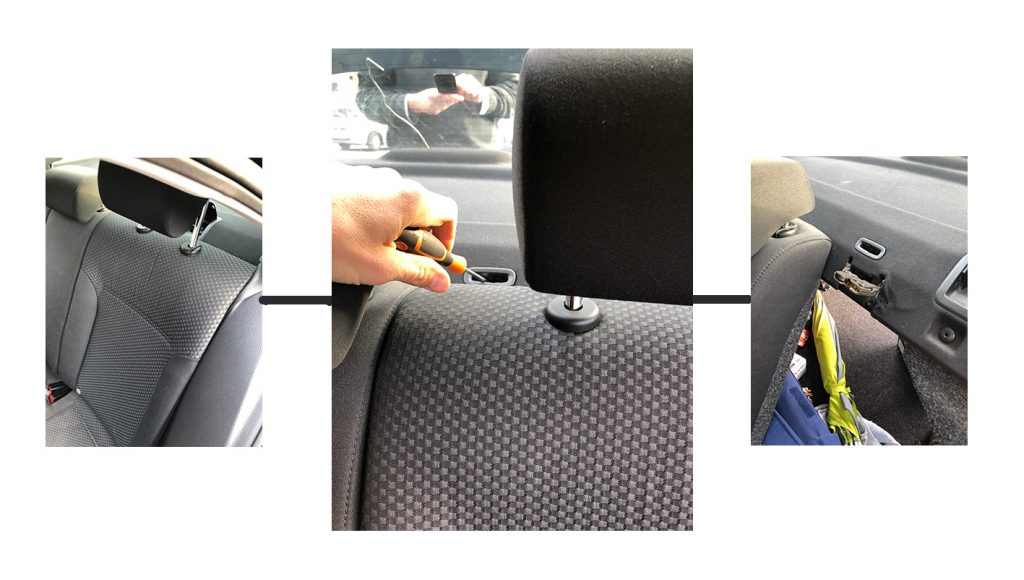 We received a call from The RAC asking us to help a customer in Hackney that had locked their keys in their VW Jetta whilst shopping at Aldi. Unfortunately for the customer he accused the boot using the dreaded button release button on his key, meaning every door on the vehicle was locked when he closed the boot lid.

Our auto locksmith picked the drivers door lock open and opened the drivers door.  He crawled into the back and used the above method to lower the rear seats.  When the seats came forwards the customer was horrified and confused to be told the keys were not there. “But they have to be there” exclaimed the puzzled customer.

Fortunately we spotted the keys, they were not in the boot, but sandwiched between the top of the boot and the seal. Hard to describe, but the picture below shows exactly where I mean. So putting the seats down to access the boot was of no benefit on this occasion.  Our locksmith very carefully inserted a thin wire in into the tiny gap between the rear window and the boot lid and was able to press the boot unlock button.  With the boot now open the keys could be retrieved.  Another happy ending. 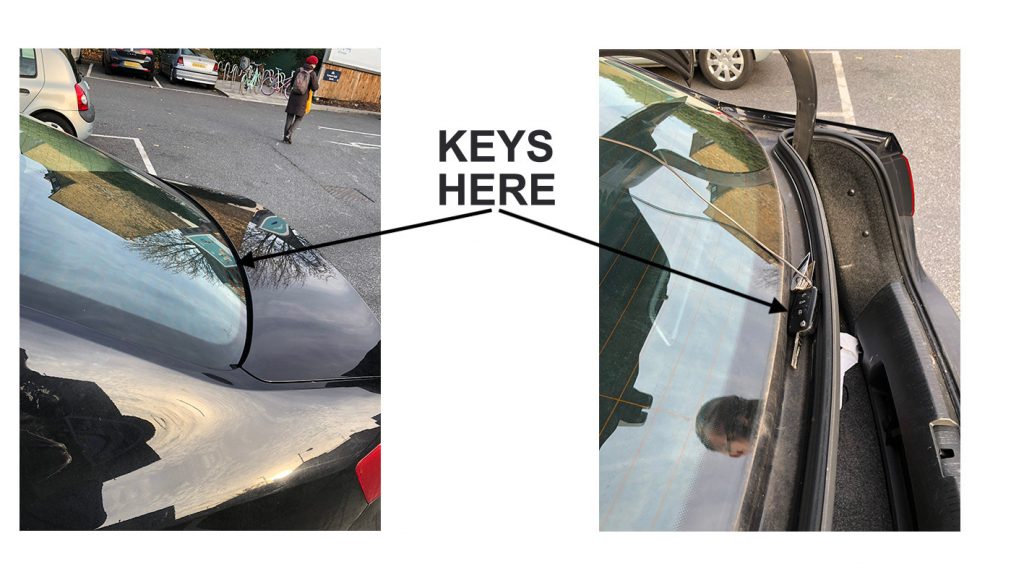